Chinese Outward Direct Investment (ODI) has surged and Australia has been its largest single ultimate destination over the past half-decade. The East Asia Bureau of Economic Research, in conjunction with Leeds University and the Vale Columbia Center on Sustainable Investment, has been conducting a project examining Chinese ODI. This project aims to identify the principal characteristics and drivers of Chinese ODI and examine the interaction between Chinese firms and the market and regulatory structures in which they operate in China and invest overseas.

This project has lead to the organisation of several conferences both at the Crawford School at ANU and in partner institutions overseas. Details on the conferences organised are available below: 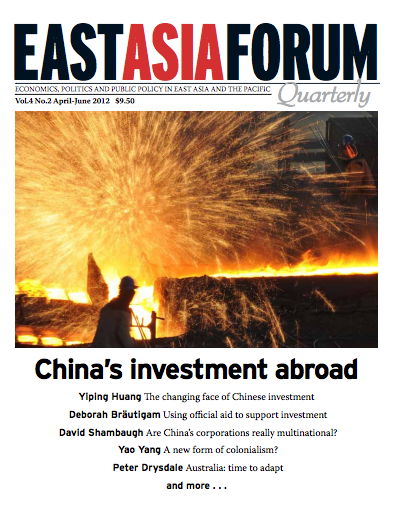 This ongoing stream of work has also led to the publication of scholarly articles, including a special issue of China and the World Economy and a series of working papers, available below. The findings of this research and its implications have also been disseminated to a wider public of academics and policy makers through a special issue of our publication, the East Asia Forum Quarterly, titled China’s investment abroad, as well as a series of short articles on the subject on the East Asia Forum.